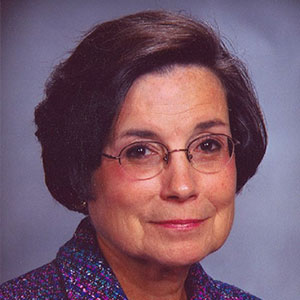 Margaret Chiara was the first woman in Michigan to be appointed a United States Attorney, and was confirmed by the Senate in 2001 to serve the state’s Western District.

She began her career as a public interest lawyer in 1982 in the Cass County Prosecutor’s Office. She was elected to two terms as the prosecuting attorney at a time when there were only three women among Michigan’s 83 elected prosecutors. In 1994, Chiara served as president of the Prosecuting Attorney’s Association of Michigan and was the first woman to serve in that position.

In 1997, Chiara became engaged in statewide projects focused on the accessibility and accountability of Michigan’s trial courts. Two years later, she joined the staff of the Office of the Chief Justice at the Michigan Supreme Court as the policy and planning director.

Chiara was associated with a private law firm in rural Cass County before becoming a prosecutor. Law was her second career. For 12 years, she was a teacher and educational administrator. Interest in education law and school finance reform led her to Rutgers Law School. She earned a master’s degree in administration from Pace University and an undergraduate degree from Fordham University.

During her tenure as a U.S. Attorney, Chiara focused her efforts on expanding and improving services to people in the 49 counties that constituted the Western District of Michigan. Her primary objective was to select, train, and retain attorneys and staff who possessed an ethic of excellence and provided superior legal service on behalf of the United States. Chiara also initiated a gun violence reduction program known as Project Safe Neighborhoods, revitalized service to Indian country, and established BRIDGES of Western Michigan, a forum for Arab Americans and Muslims to communicate with federal law enforcement.