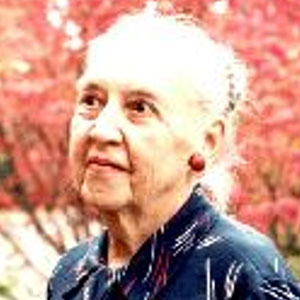 Margaret Drake epitomized the term “Superwoman.” Her interests were vast and her talents many. She had been a writer, poet, herbalist, biologist, botanist, teacher, lecturer, leader, organizer, and naturalist. Elliot achieved prominence as a long-standing journalist with the Muskegon Chronicle. One of the first women outdoors writers in the U.S., Elliott helped educate readers for sixty-two years about the natural world, and she helped give them a greater appreciation for all living things.

A former educator, Elliott taught in Muskegon County Schools from 1932 to 1952; served as a school librarian in Muskegon High School during the 1930s as well as from 1952 to 1969, and was instrumental in establishing field biology courses and outdoor ornithological labs at Bay View University in Petoskey from 1927 to 1939. She also served as biology professor at Albion College from 1925 to 1927 and worked as a camp naturalist for DeGraf’s Trout Lake Resort for 14 years in the 1930s and WWII years.

Elliot is especially celebrated within the Native American community because of her many contributions made to further public education about that culture. As a former president of the Muskegon Women’s Club (1938 to 1940), she lobbied for state and national legislation to improve the quality of life for Native Americans and heightened public awareness through writing and lecturing about Native American traditions.

Elliott also had been an early pioneer in the study and collection of Monarch butterflies. Her data has added greatly to the knowledge of that species.

Margaret Drake Elliott was awarded the Distinguished Alumni Award by Albion College where she obtained her undergraduate degree in 1924.