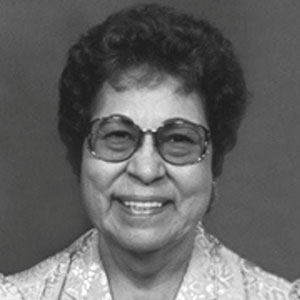 Through treaties dating back to 1821, the United States government forced the Grand River Ottawa to live on a smaller and smaller piece of land in northwest Michigan and eventually chose to disregard the Indians’ reservation altogether. In 1929, a child was born who would dedicate her entire adult life to restoring these historic hunting and fishing grounds and gaining federal reaffirmation of Ottawa sovereignty.

Margaret Chandler assumed her first leadership role at 21 when she was elected secretary of Unit 7 of the Northern Michigan Ottawa Association. For the next 20 years, she recorded and retained the unit’s meeting minutes, notes, and event information: documentation that would prove valuable to the sovereignty cause. She also traveled the state at her own expense to meet with other native leaders, keeping herself and her people well informed.

When Unit 7 evolved into the Little River Band of Ottawa Indians, Chandler was seated on its tribal council. She also chaired the local Indian education program and played a vital role on the Enrollment Committee. Her genealogical work ensured that tribal members received payments owed them by the Indian Claims Commission as well as federal education monies and hunting and fishing rights.

Then, in 1994, her greatest victory was won; that was the year President Clinton signed a public law reaffirming the status of the Little River Band of Ottawa Indians as a sovereign nation. In her last year of life, Chandler was also heartened to see that reservation land she had grown up on came back to the tribe.

A history of the Little River Band, written by James McClurken, is dedicated to this esteemed Indian leader.