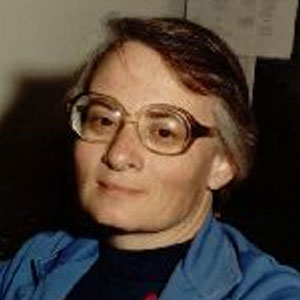 Marcia Federbush was a pioneer for equal educational opportunity. She researched, wrote, and presented the country’s first study of sex discrimination in a public school system entitled “Let them Aspire! A Plea and Proposal for Equality of Opportunity for Males and Females in the Ann Arbor Public Schools” (1971). She authored and filed the first Title IX complaint against a university (University of Michigan) charging gross discrimination against women in athletics (1973). She presented a speech to the University’s Regents that led to the introduction of athletic scholarships for women.

Marcia initiated and coordinated a comprehensive complaint filed with the United States and the Michigan Departments of Civil Rights challenging the Michigan High School Athletic Association (MHSAA)to establish the same seasons in sports in which both sexes participate. The aim of this complaint was also to ensure that women and minorities be elected in equitable numbers to MHSAA’s Representative Council. Earlier, for a school committee, she had prepared a page-by-page analysis of the Association’s Handbook. This resulted in the Handbook’s applying equally to females and males in Michigan and in the elimination of ten highly restrictive rules for girls.

Ms. Federbush wrote the Revenue-Sharing grant proposal that gave initial funding to Ann Arbor’s Student-Parent Center for Infants, one of the earliest school-based centers caring for the babies of students, enabling young parents to complete their education while receiving training in parenting. From 1979 to 1984, she served on the board of the Michigan Project on Equal Education Rights (PEER) of National Organization for Women’s Legal Defense and Education Fund, and from 1977 to 1980 on the national board of SPRINT, the arm of the Women’s Equity Action League dealing with sex discrimination in athletics. As an expert in the field, she testified before officials in Lansing and Washington and influenced wordings in early drafts of the Title IX regulations.