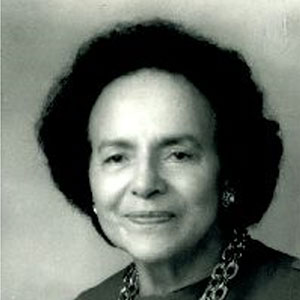 Mary Agnes Blair was instrumental in creating educational opportunities for deaf and hearing-impaired children as well as special education programs. She dedicated 50 years of her life to these deserving causes.

In 1926, at the age of 17, Blair worked her way through a one-year cadet program at the Michigan School for the Deaf (MSD) in Flint. She joined the staff one year later and, by the age of 20, was named supervisor of elementary teaching at the school. After 10 years at the MSD, Blair began a new position as the first director of Dearborn’s city-wide special education program. In 1946, she joined a small group of individuals in the Special Education Services Division of the Michigan Department of Education. This division was influential in designing and implementing programs for physically impaired, homebound and hospitalized, blind and visually impaired, and deaf and hearing-impaired children in Michigan. As a special education consultant with the Michigan Department of Education, Blair advocated for deaf children to be placed in regular school programs with the necessary support services.

Mary Agnes Blair’s insightful vision and dedicated work helped to establish Michigan as a leader in special education long before Congress passed the Education of All Handicapped Children Act. She changed the lives of thousands of Michigan children and well earned her place in the Michigan Women’s Hall of Fame.