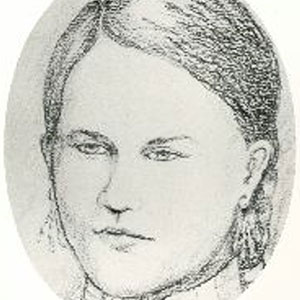 Magdelaine Laframboise was one of the most successful fur traders in what was to become the state of Michigan. As such, she is the most prominent of the early businesswomen in the state for whom we have historical records.

Of French and Indian ancestry, Magdelaine Marcot was raised as an Ottawa and always considered herself an Indian. She wore Indian dress all her life and served as a valuable contact among the tribes for white settlers and other traders.

With her husband, Joseph, Magdelaine built the first trading post in the Grand Rapids area around 1800. Her Ada trading post was the first permanent mercantile establishment in the Grand River valley and was the forerunner of the settlement which became Grand Rapids. After her husband’s murder in 1806, Magdelaine continued to manage several trading posts in west Michigan, a business enterprise which reached from the Grand River to Mackinac. For a period of more than 15 years, she was so successful that the powerful American Fur Company found itself unable to compete with her and so convinced her to merge with that company in 1818, following which she retired to Mackinac Island.

Fluent in four languages, Magdelaine became active in church affairs on the island after her retirement in 1821. She paid the salaries of the island priests and donated a large tract of land for St. Anne’s church, in consideration for which she was buried beneath the altar, where she rests to this day.

Popular and respected by representatives of two cultures, Magdelaine Laframboise made her mark in a male-dominated world, and she did so by preserving her native heritage. She also viewed the times in realistic perspective, and saw to it that her children were prepared to succeed in a ‘white man’s’ world. They were educated in Montreal, and the daughter married the brother of President Franklin Pierce, while the son carried on the family tradition by becoming a trader in Minnesota.