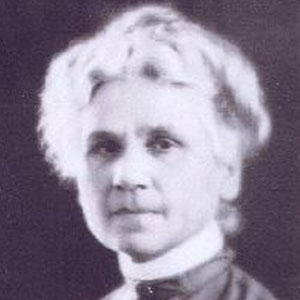 Lystra Gretter, R.N., achieved notable feats in the fields of nursing and public health. It was Gretter who elevated nursing from being viewed as mere domestic service to a legitimate licensed profession, recognized at the state and federal level and listed in the United States Bureau of Labor Statistics.

Gretter, the daughter of a Civil War surgeon, was born Lystra Elizabeth Eggert in 1858 in Bayfield, Ontario. The family later moved to North Carolina, where she was educated in private schools. She married at 19 and became widowed with an infant daughter by age 26.

At this critical crossroads in 1886, teaching and nursing were the only two career options available to women, so Gretter entered the Buffalo General Hospital Training School for Nurses. Upon graduation in 1888, she became superintendent of the Farrand Training School for Nurses at Harper Hospital in Detroit. Within five years, Gretter initiated numerous educational reforms, including reducing student workdays from 12 to 15 hours to 8, writing the first formal lectures for instructors, creating a specific curriculum, and hiring graduate nurses instead of students as head nurses.

Gretter, known as the ‘Dean of Michigan Nurses,’ crusaded to legitimize the nursing profession in other crucial ways as well. Not only was she a major force in the drive to require state licensure for registered nurses, but she also successfully campaigned to establish the first chair of Public Health Nursing in the state in 1917 at the University of Michigan.

Gretter’s most significant achievements, however, might arguably be her contributions to public health. As director and, later, counselor emeritus and board member to the Metropolitan Detroit Visiting Nurses Association, Gretter–who spent over 40 years with the Visiting Nurses–tirelessly sought to provide home nursing care and health services to unhealthy indigents, most of them immigrants. Her innovative pilot projects, which, once proven effective, were turned over to the Detroit Health Department to continue, included the first health inspections for school children, treatment and tracking of tuberculosis cases, and a maternity/infant care clinic.