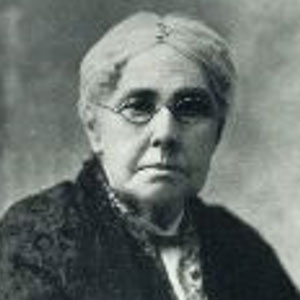 Lucinda Hinsdale Stone, a former teacher, became the leading advocate for education reform and for equal educational rights for women during the latter half of the 19th century in Michigan.

Together with her husband, Dr. James Blinn Stone, Lucinda was responsible for the founding of the Kalamazoo Baptist College (now Kalamazoo College), where for some years she served as principal of the Female Department. She eventually encountered active opposition in this position, particularly with respect to her attempt to combine the teaching of literature with her strongly held views on abolition and feminism. (In this, she might well have been considered the state’s first teacher of women’s studies.)

Because of her advocacy of women’s rights and her close association with leading feminists of the day, such as Susan B. Anthony, Elizabeth Cady Stanton, and Lucy Stone, she was ultimately forced to resign her office with the college in 1863. Following her resignation, she devoted her life to the cause of women’s education by founding the Women’s Club movement in Michigan and acting as a leader of education reform.

In 1870, largely as a result of Lucinda Hinsdale Stone’s efforts, the first female student, Madelon Stockwell, was admitted to The University of Michigan. This climaxed an almost 15-year struggle with the Regents of the University on this issue. In overcoming the bitter opposition of former University President Tappan (who wrote, “After [the admission of women] no advancement is possible…”) and others of like mind, Lucinda Hinsdale Stone made what was, perhaps her greatest contribution to the women of Michigan, thus setting in motion forces that remain an issue to this day.