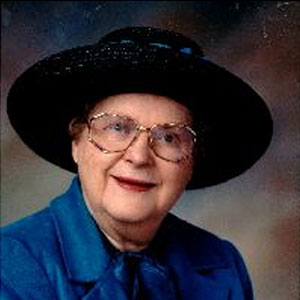 Lucile Belen was the backbone and bellwether of Lansing from the time she was elected to the City Council in 1957. During her 39 years of continuous service, her forthright manner, courage, and compassion for people have made her a role model for hundreds of Lansing-area women and men. While on the Council, she served as president for five years, was chairperson of every standing committee, and a key member of almost every ad hoc committee. She also participated in many intergovernmental boards, including the Tri-County Regional Planning Commission and the Capital Area Transit Authority. Belen’s governmental accomplishments advanced the status of women in the local political arena and encouraged younger women to participate in the process.

When the Michigan Legislature was preparing to increase parking at the Capitol by removing some trees on the Capitol lawn, Lucile organized women to threaten to tie themselves to the trees if workers tried to cut them down and also to stand guard when the legislators entered or left the building to pressure them to change their plans. The trees remain standing, a joy to behold both spring and fall.

In addition to her public-sector activities, Lucile was known as a feminist, educator, fundraiser, philanthropist, entrepreneur, and businesswoman. Belen was also associated with Belen’s Flowers, a family business started in 1936. In 1951, she established the Belen’s School of Floral Design, one of the first of its kind in the country.

Belen’s accomplishments were recognized by many organizations. Among her many awards were Woman of the Year by the Altrusa Club, the Diana Award from the YWCA, induction into the Business Hall of Fame at Lansing Community College, the Athena Award and the Community Service Award from the Lansing Regional Chamber of Commerce, the Community Healthcare Leadership Award from Ingham Regional Medical Center, and the Metropolitan Fine Arts Council Award. In addition, a hospital outpatient pavilion at Ingham Medical Center was named the Belen Pavilion for her 23 years of leadership on the hospital’s board of trustees.