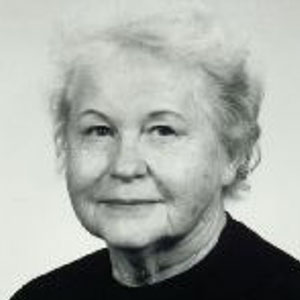 Louise “Sally” Brown was one of the first people to recognize the importance to the family of high- quality, accessible day care services which stressed the importance of the parent in a child’s development.

As director of the Council on Early Childhood at Wayne State University (WSU), she was responsible for the development of Neighborhood Family Resource Centers which have become national resource for enhancing parenting skills and providing good early childhood education. While at the Council on Early Childhood, she developed a statewide training program for day care providers funded by the Michigan Department of Social Services, as well as a model afterschool latchkey program in a low-income area, in cooperation with the WSU College of Education.

Brown also served on the faculty of the Merrill-Palmer Institute from 1947 to 1967. Later, as on-site administrator of the Brewster Douglas Comprehensive Service Project sponsored by the Neighborhood Service Organization and the Department of Social Services, she developed a variety of strategies to support family life and reduce long-term financial dependence in the Brewster Douglas Housing Project on the lower east side of Detroit. These included programs of voter education and registration, preschool play groups staffed by residents, and afterschool tutorial programs involving Merrill-Palmer, Detroit, and Grosse Pointe High School students.

In 1972, Brown became director of the Detroit/Wayne County Child Care Coordinating Council where she developed programs dedicated to the improvement of child day care services and the quality of family life.

Louise Brown has received a variety of awards including the Eve Filian Award presented by the Grosse Pointe Inter-Faith Center for Racial Justice; Child Care Advocate; International Year of the Child, 1970, presented by the Children’s Charter of Michigan and Community; a “Woman of Conscience” designation by the National Council of Women in 1968; and the Merrill-Palmer Institute Citation in 1980, the Institute’s equivalent of an honorary degree.