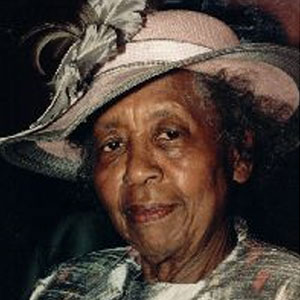 Loney Clinton Gordon made a remarkable impact on children by her determination to succeed at her second-choice career as a lab technician. Gordon left her Arkansas birthplace as a young girl to move with her family to Michigan. She earned a bachelor’s degree in home economics and chemistry from what was then called Michigan State College in 1939. However, her hopes to work as a dietitian were thwarted when she was told white male chefs would not want to take orders from a black female dietitian.

In the meantime, two women doctors, Pearl Kendrick and Grace Eldering, were searching for a laboratory technician for their research at the Western Michigan Laboratories, later known as Kent Community Hospital, located in Grand Rapids. During the day, the two doctors studied the purity of milk and water. After hours in a separate laboratory, Gordon helped the two doctors work on a bacterium known as Bordetella pertussis, the cause of an infectious disease known as whooping cough. Even though at that time there were vaccines for the illness, they were ineffective. Coincidentally, the highest death tolls were occurring in Michigan. The three women embarked on what became a public-health crusade to search for a cure. Fueled by her determination to succeed at this career and her sympathy for the great number of sick and dying children throughout the world, Gordon discovered her life’s mission; to help find the culture with sufficient virulence to make an efficient vaccine against whooping cough. Gordon soon identified sheep blood as the key to the process of incubating the culture in petri dishes in the laboratory.

Gordon’s enthusiasm, persistence, and intuition led her to find an organism, which was several times stronger than any previously known. According to the Grand Rapids Press, “Gordon’s vigilant research was a key component in developing a successful vaccine.” Because of the strain isolated by Gordon, Drs. Kendrick and Eldering performed a control experiment that subsequently evolved into a more protective vaccine than any in existence at the time.