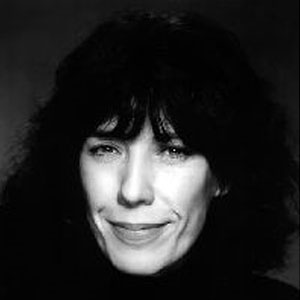 In The Search for Signs of Intelligent Life in the Universe, Lily Tomlin’s character Chrissy says, “I always wanted to be somebody, but I now see I should have been more specific.”

Growing up in Detroit, attending Crosman Elementary, Hitchins Junior High, Cass Technical High School, and Wayne State University, Mary Jean Tomlin couldn’t have known she would transform into Lily Tomlin and would, in fact, become somebody. It was the comedy show, Laugh In, featuring characters such as Ernestine, the telephone operator and six-year old Edith Ann, sitting in her big yellow rocker, that made Tomlin a household name.

With comedy routines that inspired thought, as well as laughter, Tomlin moved to the Broadway stage, earning a special Tony for her one-woman show, Appearing Nitely in 1977 and a second Tony as Best Actress in Jane Wagner’s The Search for Signs of Intelligent Life in the Universe in 1986. In partnership with Wagner, Tomlin has created television specials and record albums for which she has received six Emmys, a Grammy, a Writers Guild, and two Cable Ace Awards and most recently a Peabody for the animated Edith Ann’s Christmas: Just Say Noel. Tomlin received a second Peabody as co-executive producer of the HBO film, Celluloid Closet.

In 1974 Tomlin made her film debut as the mother of two deaf children in Robert Altman’s Nashville and received a New York Film Critic’s Award and an Academy Award nomination for Best Supporting Actress. A string of popular films followed, including 9 to 5, The Incredible Shrinking Woman, All of Me, Short Cuts and Flirting with Disaster. In 1996 she returned to television playing FYI’s boss on the long running CBS hit, Murphy Brown. Tomlin also shot in Italy the Franco Zeffirelli film, Tea with Mussolini, which also stars Maggie Smith, Judi Dench, Joan Plowright, and Cher.

In addition to recognition for her comedy, Tomlin also earned a reputation for her strong support of women. She once backed up her feminist position by walking off the Dick Cavett Show following another guest’s sexist remarks. She has campaigned for the Equal Rights Amendment and for women candidates such as Bella Abzug, Governor Ann Richards, and many others, as well as supporting environmental issues and the rights of gays and lesbians. For many years, Tomlin has worked with Women of Hope and Project Home in Philadelphia, Rachel’s Women’s Center in San Diego, and Rosie’s Place in Boston, the first shelter in the country for homeless women.

Lily Tomlin has proven that comedy and consciousness do go together and by raising the awareness of her audiences she has proven that everybody has the potential to be somebody.