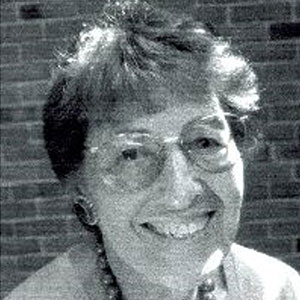 In a world of continually mounting global tensions and ongoing school violence, it is a comfort to know that people like Lillian Genser work for peaceful resolutions to conflict. Lillian Genser was a pioneer in the cause for peace and human rights education. As the longtime director of the Center for Peace and Conflict Studies (formerly the Center for the Study of Teaching about Peace and War) at Wayne State University, Genser was instrumental in local, state, national, and international crusades against violence and intolerance.

While teaching in the Detroit Public Schools, Lillian saw a need for peace education. She began by organizing programs and activities that brought children of different ethnic, racial, and religious backgrounds together to increase diversity awareness and tolerance. She incorporated lessons on nonviolent conflict resolution into the curriculum; these lessons would later become part of the curriculum at many schools throughout the state. In fact, Genser was influential in seeing that Michigan Senate Bill 65, legislation that urged school districts to include conflict resolution in class lessons, passed in 1990. Ms. Genser is dedicated to her belief that if children are taught the skills of nonviolent conflict resolution during their formative years, they will carry those values with them throughout their lives.

Shortly after the 1962 Cuban Missile Crisis, Wayne State University faculty members initiated peace education programs that resulted in the creation of the Center for Peace and Conflict Studies in 1965. Genser was among the first educators of this unique center ‘the first of its kind anywhere’ and later assumed the position of director in 1970 and she would remain in this position until 1990. During her long tenure at the helm of the Center, its functions included the academic study of conflict resolution, human rights, and how to achieve peace. The Center’s educational program incorporated research, community involvement, and K-12 peace education programs.

Lillian Genser has organized and directed countless conferences and symposia on human rights, peace, and conflict. She has traveled around the world to work for peace education and spread her message. She introduced the Humanity in the Arts Award and the trans-national children’s art program Visions of Peace and Human Rights though the Arts. She is the author of a puppet show, The Moon Belongs to Everyone, portraying nonviolent conflict resolution in outer space. She is also an advocate for the United Nations’ Convention on the Rights of the Child. Ms. Genser has touched the lives and influenced the thinking of children around the world with the World Pledge, a four line stanza that she wrote and is now on classroom posters worldwide

Lillian Genser has made a lasting imprint on our world. Her remarkable contributions and her immutable determination are best expressed in her World Pledge: “I pledge allegiance to the world, to care for earth and sea and air, to cherish every living thing, with peace and justice everywhere.”