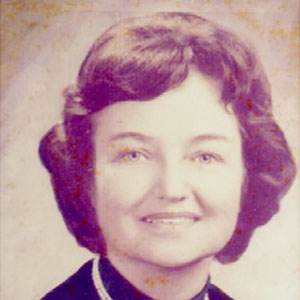 Lida Holmes Mattman made many important contributions to health care education and research. Mattman earned her bachelor’s and master’s degrees emphasizing bacteriology and virology from the University of Kansas, and she pursued a doctorate in immunology, which she received with distinction from Yale University in 1940.

Once the director of laboratories for the United Nations, Mattman joined the faculty at Wayne State University in 1949. She also taught at Harvard University, Howard Hughes Institute and Oakland University. At Wayne State, Mattman taught more than 2,000 students who became physicians. Former students praised her for teaching important subjects and for making them interesting. Another 2,000 students were women who became nurses. Mattman received the Wayne State University President’s Award for Outstanding Teaching and Research in 1977, the first year the award was given.

In a crucial contribution to women’s health, Mattman described the etiology of interstitial cystitis, a disease that affects more than 100,000 women in the United States. She also worked to discern the causes of rheumatoid arthritis, amyotrophic lateral sclerosis (Lou Gehrig’s disease), scleroderma, Parkinson’s disease and anterior uveitis, the most common cause of blindness. Mattman taught and used a new method to diagnose tuberculosis in 48 hours. The conventional method takes three to four weeks, causing irreparable damage before treatment begins. Mattman’s method has been used in the United States and abroad.

Known for her interest in and concern for all students, Mattman’s work made her a role model for women and men in health careers, while her medical research helped countless people. It is this hard work and dedication that earned Lida Mattman a place in the Michigan Women’s Hall of Fame.