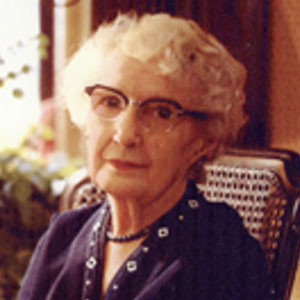 Leta Snow, Kalamazoo’s “patron saint of fine music” was accomplished at every level of community endeavor and shared the lessons of her success with a nation.

Snow began her career in music education, teaching piano to students in her home, a practice she continued until the age of 93. In 1921, she founded the Kalamazoo Symphony Orchestra (KSO). From an initial recruiting class of 25 players, heavy on clarinets and brass, Snow eventually developed an ensemble praised by Harvard University as a model orchestra. Through the Great Depression and World War II, Snow saw to it that the KSO not only survived, but thrived, as she employed whatever means necessary to recruit players and lure audiences. In the darkest days of the war, she also went national in her crusade for cultural expression and music appreciation. Her goal was to develop an organization that would exchange ideas, promote music by American composers, and extend opportunities to young American conductors and artists. At her invitation, representatives from 40 orchestras met in Chicago and the American Symphony Orchestra, now the League of American Orchestras, was born. Snow served as its president for the first four years.

Among her other honors were being named president of the Kalamazoo Musical Society, a director of the Music Board of the National Society of Arts, and receiving an honorary master of music degree from Western Michigan University. After 28 years of leadership, she retired as president and manager of the Kalamazoo Symphony Orchestra and was declared honorary chair for life.