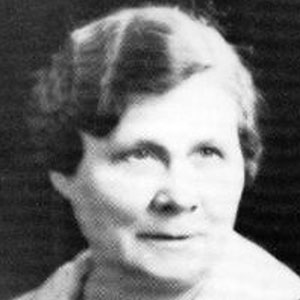 Lenna Frances Cooper was a leader and innovator in the development of dietetics as a science and profession.

Originally trained as a nurse, Cooper was a protege of Dr. John Harvey Kellogg, director of the Seventh Day Adventist sanitarium in Battle Creek, and his wife, Ella. Under their tutelage, Cooper took up the study of nutrition and became a leading proponent of health care through diet.

In 1908 Kellogg established a School of Home Economics at the “San,” and Cooper was named its first director. A woman of determination and courage, she advanced many theories and tenets of diet and health that were radical for their time, but eventually became the bedrock of sound dietary practices. More than 500 dieticians graduated from the Battle Creek program during her tenure.

To lend structure and professionalism to the field, Cooper co-founded the American Dietetic Association (ADA) in 1917, citing a need for national standards in dietetics. She was a charter member of the American Home Economics Association, founded in 1909, and of the Michigan Home Economics Association, established two years later. And, in 1929, she became a charter member and first president of the Michigan Dietetic Association. She served as the first dietician in the United States Army in 1918-19, although many of her dietary recommendations were not implemented until World War II. She also was a consultant for the establishment of the department of dietetics in the research hospital of the National Institute of Health.

In 1928 Cooper was named one of the ten most distinguished women of achievement in Michigan. Cooper’s greatest renown came through her role as senior author of Nutrition in Health and Disease, a text that was used for 30 years in dietetic and nursing programs around the world. She participated in 13 of the book’s 17 revisions.

Cooper also adopted a leadership role in the community and helped found the Altrusa Club of Battle Creek and Altrusa International.

A kindly and soft-spoken woman, Cooper was also strong willed and persistent, and she did not recognize barriers to success. It is perhaps indicative of her success that she is today recognized by the American Dietetic Association through the Lenna Frances Cooper Memorial Lecture. Cooper’s leadership in the field touched the lives of millions and left a permanent imprint on the science of health and nutrition.