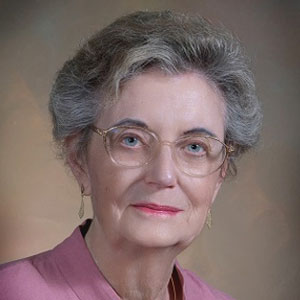 Referred to as ‘the Susan B. Anthony of Michigan,’ Laura Carter Callow worked for over 30 years on the ratification of the Equal Rights Amendment (ERA) on both the national and state levels.

Watching her mother as a young girl in Michigan, Callow saw firsthand the economic struggles women faced. Ever since, Callow has spent her life working for women’s civil rights through letter writing, activism, advocacy, community organizing and speeches. Callow was elected President of Livonia’s League of Women Voters in 1968 and served on the Women’s Advisory Committee of Schoolcraft College from 1970 to 2009. Her activism in the Women’s Rights Movement began in earnest in 1972 as a founding member of the Northwest Wayne Chapter of the National Organization for Women. In 1976 Callow helped form the Michigan ERAmerica coalition which maintained support for Michigan’s ratification of the ERA Amendment and raised money to support ratification efforts of other states. From 1977 to 1986 she recorded a monthly commentary of various aspects of the ERA on the ‘Point of View’ radio program for WJR Detroit.

A retired art teacher and mother of three, Callow is also active in community affairs. She has served as a member and chair of the Livonia Human Relations Commission and President of the American Association of University Women, Livonia Branch. Callow is recipient of numerous awards in recognition of her efforts, including the Susan B. Anthony Award from the University of Michigan-Dearborn in 2008.