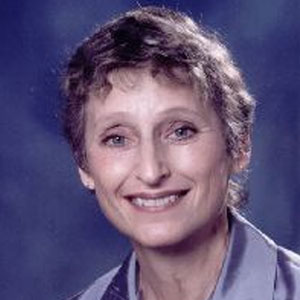 Lana Pollack has spent her long and diverse career as an outspoken advocate for people and causes whose voices are often unheard in the halls of power. Before beginning her political career, Pollack had the pleasure of raising two children and was a teacher of dance and social studies. She spent years as a political volunteer, learning from the ground up before she managed campaigns and chaired the Ann Arbor Democratic party. Realizing that she would be in a better position to promote change as an elected official, Pollack was elected to a term on her local school board before serving 12 years as a state senator. Sworn into the legislature in 1983, she served two of her three terms as Michigan’s only Democratic woman senator. In 1988, Pollack was the Democratic nominee, but lost the race for Michigan’s 2nd Congressional District. Six years later, she took on the leaders of her own party and narrowly lost a spirited race for nomination to the U.S. Senate. Since 1996, Pollack has served as the president of the Michigan Environmental Council.

In the State Senate, Pollack frequently led efforts to promote the well-being of women and children. A dedicated and able fundraiser, she founded OUR CHOICE, a political action committee which supported pro-choice women running for state office. In addition, Senator Pollack established two bi-partisan statewide coalitions, one to promote policies preventing teen pregnancy and another to fight the proliferation of guns and gun violence. In 1992, Senator Pollack wrote a bill amending the state’s civil rights law to end discriminatory practices that kept women athletes off Michigan’s private golf courses at peak times and relegated them to second-class facilities within their own clubhouses.

The environment is another of Lana Pollack’s dearest causes. In 1987, she introduced legislation that would later be called the “Polluter Pay Law.” Signed into law in 1990, this legislation forced the responsibility of cleaning polluted industrial sites onto the polluters themselves and generated $100 million for the environment before the law was gutted in 1995. The attack on the Polluter Pay Law drew Pollack back to the policy arena and, in 1996, she assumed the presidency of the Michigan Environmental Council, an umbrella organization for environmental groups across the state. Under her leadership, this organization became a powerful voice for Michigan’s environment, an important regional force for protecting the Great Lakes, and a national authority on the auto industry’s impact on the global environment.

As a tireless political volunteer, principled politician, and dedicated environmentalist, Lana Pollack has spent years fighting for justice. Our environment is healthier, women enjoy more social equality, and our children are safer thanks to the efforts of this woman.