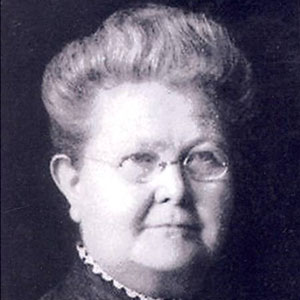 Dr. L. Anna Ballard was Lansing’s first female medical physician. She received her public education in Lansing, attended the Michigan Female College, and taught at Central High School for two years. In 1871, she became a clerk and student of medicine at a drug store in DeWitt. Dr. Ballard’s strong, independent spirit, intellect, and dedication to healthcare set her apart from the traditional image of a quiet, soft-spoken woman of the Victorian Era. She was raised during a time when homeopathic female physicians were common. However, science-based medicine soon became her primary interest and goal. During the 1873-74 academic year, she took classes at the University of Michigan Medical School in Ann Arbor, leaving there to continue her education at the Woman’s Medical College in Chicago.

On February 28, 1878, Dr. Ballard received her medical degree from the Woman’s Medical College. The following year, she returned to Lansing and opened a practice where she earned and maintained the respect and esteem of her peers in the medical field, as well as the community, for over 50 years. In 1887, this pioneer physician led a successful effort to persuade the State Legislature to amend the age of consent law for young girls from 10 to 14 years, which was one of her most notable achievements.

In her personal life, Dr. Ballard engaged in progressive movements relating to science and art, as well as activities that promised to further the advancement of women. She helped to organize the Lansing Medical Society and the Ingham County Medical Society. She was a member of the Board of Trustees of the Industrial Aid Society and held memberships in the YWCA, the Lansing Women’s Club, and the First Methodist Church. She was also a member and President of the Central Union of the Women’s Christian Temperance Union of Lansing.