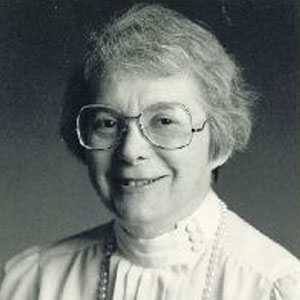 Known for her diligence and forthrightness on matters of education and civil rights, Kathleen Straus serves as a tireless worker and spokesperson, a “true citizen advocate for the people of this state,” praised one community and state leader.

Straus began her tenure as an educational activist at the local level. Arriving in Michigan in the early 1950s from New York, Straus first became active through the PTA, local millage campaigns, and the League of Women Voters, where she became president of the Detroit League in 1961 and later served on the League’s state board from 1963-1965.

Straus served as executive director of Keep Improving Detroit Schools (KIDS) and PRO-Detroit to assure safe implementation of court-ordered school desegregation. The federal district court handling the Detroit desegregation case appointed Straus to the court’s Detroit School District Monitoring Commission (1976-1981). She soon acquired a national reputation in school desegregation matters and served as a consultant on those issues to school systems and civic groups in Ohio, Pennsylvania, and Delaware.

After a successful campaign for a college board ultimately not funded in 1966, and an unsuccessful run for Congress in 1974, Straus became staff director of the Senate Education Committee from 1976-1979. She later served as the lobbyist for the Michigan Association of School Boards (MASB) from 1979 through 1986. While working as the MASB lobbyist, she co-founded the Michigan Tax Informational Council and was elected its first president.

Straus served on the Michigan State Board of Public Junior and Community Colleges, becoming its president in 1991. In 1992 Michigan voters elected Straus to the State Board of Education; the State Board elected her president of the Board in 1997, and she completed her first term as a member of the board at the end of 2000. During her term in office, Straus has been a courageous and sometimes lone voice on behalf of public education.

Straus maintains an illustrious record of business and civic achievements and has received a variety of professional awards recognizing her outstanding services.