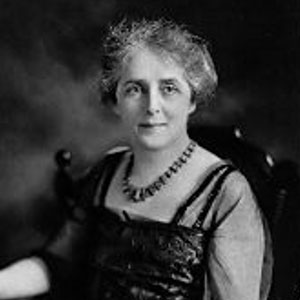 Katherine Hill Campbell was an early activist for prison reform in Michigan, particularly for women prison inmates. Working in the decades between 1910 and 1930, she was a moving force in not only improving conditions for women prisoners, but in bringing about change in the prison system.

In 1891, the 23-year-old native of Indiana came to Michigan with her husband, Henry Walton Campbell of Monroe, whose father had prospered as a lumberman in the 1860s. As a young matron, she raised two children. Turning to new pursuits in her late 30s, Campbell became a member of the Twentieth Century Club of Detroit. The women’s club movement began in the last half of the 19th century as a social entity for well-to-do women with an ample reserve of leisure time. By the early 1900s, it had embraced women’s suffrage and become an effective force for social change. It was as a clubwoman that Campbell became an activist for women’s rights and was particularly drawn to the plight of women prisoners.

In the years before World War I, Detroit-area female offenders were housed in the basement of the city jail. Young shoplifters were incarcerated with murderers and career prostitutes, and they all lived in appalling conditions. Campbell sought change in the situation and, as a result of her activism, was appointed a commissioner of the Detroit House of Corrections. She later served on a committee to design a new correctional facility for the city, and through extensive research became a leading advocate of the Scandinavian cottage concept of prison housing.

When the prison was finally built, Campbell was a member of the committee that guided the project to completion. She rigorously supported rehabilitation and humane treatment for prisoners, and it was her enlightened views that prevailed when Michigan’s prison system was restructured.

The new Detroit House of Corrections had both a men’s division and women’s division, with the latter housing female offenders from around the state (30 inmates and a matron to each cottage). Campbell was appointed the first superintendent in 1929 and served until her retirement 10 years later.