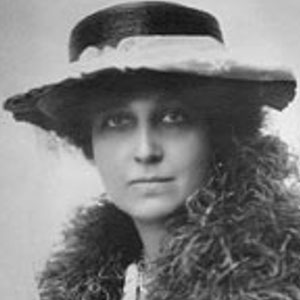 Katharine Dexter McCormick was born in Dexter, Michigan, in 1875. Although she spent her life in deliberate obscurity, her daring activities help the women of the world today enjoy relatively problem-free birth control. She was born into a wealthy family but dedicated her entire life to providing women with greater personal freedoms, equality and access to the political process, and health care resources.

McCormick served as the vice-president of the National American Women Suffrage Association, and in 1920 co-founded the League of Women Voters with Carrie Chapman Catt. In the 1950s McCormick worked with Margaret Sanger to alleviate the suffering of women by providing funding for one of the best-selling prescription drugs in history, the birth-control pill.

As both a key figure in the women’s suffrage movement and a generous philanthropist, McCormick provided means for research and development in women’s health in her lifetime. She was directly involved in the crusade for “a simple, cheap, safe contraceptive,” as identified by Margaret Sanger. McCormick made her home available to Sanger for gatherings, and she helped to supply clinics with illegal diaphragms from Europe; a rather risky venture for a small-town Michigan woman in a socially and politically-conservative era. Financially, she had a significant impact on women’s health, which endures today.

McCormick remained active in later life, funding new birth-control research and the building of an all- women’s dormitory at the Massachusetts Institute of Technology. McCormick died in 1967 at the age of 92. Upon her death, she bequeathed more than six million dollars to charity. She was inducted into the National Women’s Hall of Fame in Seneca Falls, New York, in July of 1998.