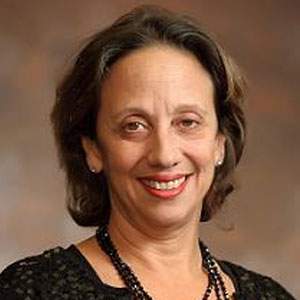 Kary Moss has been the executive director of the American Civil Liberties Union (ACLU) of Michigan since 1998. She is the first female executive director in the organization’s history. She has been a practicing civil rights attorney since 1987. During Moss’s tenure as executive director, the ACLU of Michigan has significantly grown in number of staff and membership, opened its first staffed office in Grand Rapids, launched innovative programs addressing the problems of racial profiling, privacy, and technology, and the rights of GLBT community, and strengthened its financial operations.

Moss has served as clerk in the United States Court of Appeals for the Second Circuit, staff attorney with the ACLU Women’s Rights Project in New York founded by Justice Ruth Bader Ginsberg, and was Director of the Sugar Law Center in Detroit. Since joining the ACLU of Michigan, Moss has made her office a champion of women’s rights. Under her leadership they have filed lawsuits of local and national importance, including a pregnancy discrimination case against the Detroit Police Department on behalf of five police officers that were forced to go on sick leave as soon as they became pregnant.

She has litigated many cases of national importance, including a sex discrimination case that successfully challenged New York’s use of standardized tests as a basis for awarding college scholarships and cases in which pregnant women would have been prosecuted for child abuse because of alcohol or drug addictions. Moss has also undertaken additional leadership roles, as the president of the ACLU Executive Directors Steering Council since 2010, after serving as its vice president form 2007-2010. She also served as vice president of the Michigan Campaign for Justice Board of Directors.