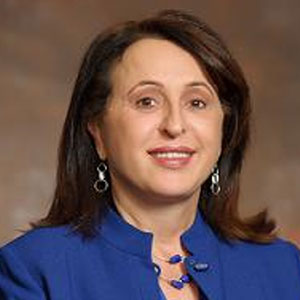 Judeh works to secure a brighter future for young women in a variety of ways. She mentors young Arab American women, just setting out on their career path. She has created a scholarship fund to help young Arab American women receive a higher education. On her monthly television show with Middle East TV, she and her guests teach that an Arab American woman can be a good daughter, wife, mother and a professional without guilt or neglecting other aspects of their lives.

Judeh is active with many organizations, including serving on the Board of the Detroit Regional Chamber and building relationships between the Arab American Women’s Business Council and Inforum (formerly the Women’s Economic Club). Judeh also serves as the volunteer director of Vista Maria, a court-appointed shelter for girls. Judeh continuously organizes support for the shelter because it supports girls that need help.