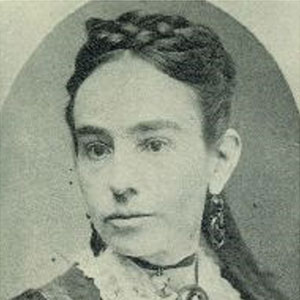 Julia Wheelock Freeman is one of the lesser known heroes of the Civil War. She spent three years in the hospitals of Washington, D.C., nursing wounded and dying soldiers. Not only was she an active participant in one of the most historic eras of our country, but the daily events and occurrences recorded in her extensive and dutifully written journal now serve as an important historical first-hand account of that era.

Julia Wheelock Freeman trained as a teacher at Kalamazoo College and was teaching in Palo, Michigan, when the Civil War broke out in April 1861. When Julia discovered that her brother Orville was wounded in battle and was hospitalized near Washington, she and his wife traveled to the capital to care for him. Unfortunately, Orville died just before their arrival. Her sister-in-law returned to Michigan to care for her now fatherless children, but Julia chose to remain in Washington. She saw the desperate need for nurses and devoted almost three years of her life, from September 1862 to July 1865, to caring for the wounded as a volunteer with the Michigan Soldiers Relief Association. She cooked for, cleaned, and comforted Michigan’s wounded soldiers sent to recover, and quite often die, in Washington area hospitals. She spent many hours a day with her “boys” listening, writing letters home, and holding their hands until the end. Freeman contracted typhoid fever and returned for a period to Michigan to recover. Even though ill, she used that recovery time to raise funds and supplies for the Michigan Soldiers Relief Association.

In 1870 Julia published her memoirs in a book called The Boys in White. The title refers to the way the bodies were prepared for burial, something with which she had become intimately familiar. The journal that she kept is now a valuable historic document and resource. In it she describes medical procedures, recounts the daily routine of life, and details local and national events of interest. She writes about meeting Abraham Lincoln, General Grant, and Clara Barton, and she emotionally describes the assassination of President Lincoln. Historians are currently transcribing her journal and hope to have it published in the near future.

Julia Wheelock Freeman’s tireless efforts as a nurse and friend to countless wounded soldiers were untold, unrecognized, and until recently, almost completely forgotten. She is now beginning to be recognized as she was then by the United States House of Representatives, ‘a brave woman, a patriot in the highest sense of the term.’