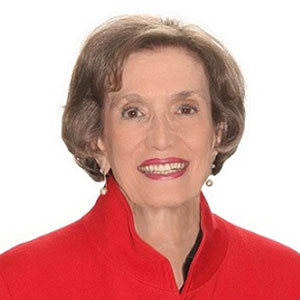 Judy Cantor is a historian, author, archivist, and exhibit curator dedicated to promoting Michigan’s history and to furthering awareness of the state’s significant Jewish heritage.

As an author, Cantor has written several seminal pieces including the award-winning Jews in Michigan: Discovering the Peoples of Michigan (2001); ‘Letter from the Jewish Community,’ included in the Detroit 300 Tricentennial Time Capsule (2001); and the ‘Michigan Jewry’ entry in the Encyclopedia Judaica (2009).

Cantor serves as the archivist of Congregation Shaarey Zedek in Southfield. She also created several exhibits on Jewish history, including Becoming American Women in Michigan: The Jewish Immigrant Experience, which was on display at the MWHOF in 1998. She was instrumental in bringing the major exhibit From Haven to Home: 350 Years of Jewish Life in America to the Detroit Historical Museum in 2009 and co-curated the Michigan portion. Cantor also created the exhibit Blacks and Jews: The Michigan Perspective, which traveled widely.

Cantor’s passion for history inspires others to volunteer, support historical projects, and further educate themselves. She engages people young and old through her public speaking around the state and has been a force for introducing the stories of Jewish people and events into the Michigan public education curriculum.