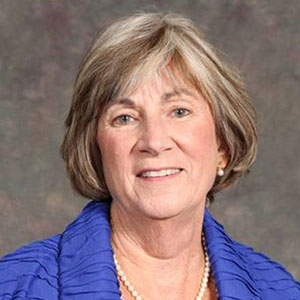 Judith Karandjeff helped to shape the discussion of women’s issues and concerns in Michigan. Through her leadership positions in women’s organizations, commissions, and councils, Karandjeff educated and lobbied legislators, regulators and policy makers about women’s issues. Her work as a volunteer for her local chapter of the League of Women Voters developed into a position as the legislative assistant with the state League of Women Voters. As an aide for State Representative Mary Brown, Karandjeff was instrumental in the negotiation and drafting of AIDS legislation, infant mortality initiatives, and the revision of licensing and disciplinary procedures for health care professionals.

She continued her advocacy for women as the Executive Director of Planned Parenthood Affiliates of Michigan and through her many organizational commitments at the state and national level.

Karandjeff’s public service career culminated with her service as the executive director of the Michigan Women’s Commission under Governor Granholm. During her tenure she conducted base-line research on the status of women in Michigan and each of the state’s 83 counties; conducted public hearings and meetings with women’s organizations that informed the public about the Governor’s agenda on women; and began the Young Women, Strong Leaders conferences, supporting the personal and professional development of young women leaders.