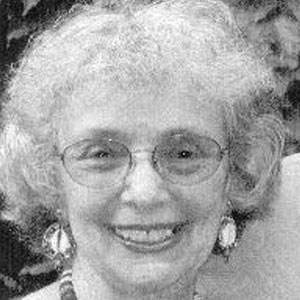 Joyce Lewis Kornbluh, an educator, activist, and advocate, has spent over 55 years of her life striving to improve workplace conditions and the economic and social status of working-class people, especially low-paid women minority workers. She has been a tireless promoter of equality for women in their workplaces and labor organizations, and has also helped bring about laws and education programs dealing with affirmative action, equal pay, and the end of sexual harassment in the workplace.

From 1954 to 1956, Joyce Kornbluh served as the Executive Secretary of the Joint Minimum Wage Committee in Washington, DC, and coordinated one of history’s most successful lobbying campaigns for eight international unions with the intent to increase and extend coverage of the federal minimum wage. That triumphant campaign, a model for future union legislative action, achieved the first major increase in the minimum wage (from $.75 to $1.00) and brought about a wide expansion in minimum wage coverage to low-paid workers.

In 1974, Joyce Kornbluh initiated the Program on Women and Work at the University of Michigan’s Labor Studies Center to conduct research and provide education for and about women workers and women in labor organizations. Inspired by the summer schools started in 1921 at Bryn Mawr College by Hilda Smith, Kornbluh started the contemporary movement of regional, state, and national Summer Schools for Working Women.

Kornbluh and Hilda Patricia Curran (1998 Michigan Women’s Hall of Fame Honoree) initiated and co-chaired the Michigan Task Force on Sexual Harassment in the Workplace. From 1979 to 1980, the Task Force created workshops about workplace sexual harassment, trained a network of workshop leaders, conducted regional mock legislative hearings (because the Michigan Legislature refused to hold formal hearings), held a large national conference, one of the first in the nation on this issue, and carried out an extensive lobbying campaign. The Task Force resulted in the first state-level sexual harassment law in Michigan that served as a model for other states and for national legislation.

Kornbluh developed and taught the first credit course at the University of Michigan on Women and Work in US Society, In 1985 she was asked to advise on the first major effort to assess workplace sexual harassment in Sweden. She has also served as a part-time faculty member at the National Labor College in Maryland and at Goddard College in Vermont.

The mother of three and grandmother of four, Joyce Kornbluh’s lifetime work for civil rights and civil liberties, economic justice, and anti-war activities has made a difference in the lives of countless women. Because of these achievements, she is invited to take her place in the Michigan Women’s Hall of Fame.