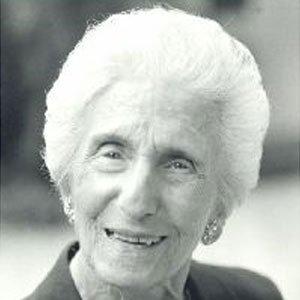 Josephine Stern Weiner devoted nearly 70 years to community service, successfully establishing programs to help women achieve independence and to assure children of a secure future. She mentored multitudes of women, assisting their assent in the volunteer and professional sectors. President of the Greater Detroit Section of the National Council of Jewish Women (NCJW), from 1942 to 1944 and its national organization from 1967 to 1971, Weiner was instrumental in establishing Orchards Children’s Services in 1962 and Women in Community Services (WICS) in 1965.

Weiner’s altruism knew no geographical boundaries. In 1967, as national president of the NCJW, she led a group of board members on an exploratory mission to Israel that resulted in the founding of the Research Institute for Innovation in Education at Hebrew University. Its best-known program, the Home Instruction Program for Pre-School Youngsters (HIPPY), has been successfully imported to many nations, including the United States, with five sites in Oakland County. Weiner considered Orchards, HIPPY, and particularly WICS to be among her greatest legacies.

WICS is a coalition of the NCJW, the National Council of Negro Women, the National Council of Catholic Women, Church Women United, and the G.I. Forum. WICS works with the Job Corps to provide disadvantaged young women the opportunity to succeed in the workplace and the world. Weiner was not only its president but was also its historian, publishing The Story of WICS in 1979.