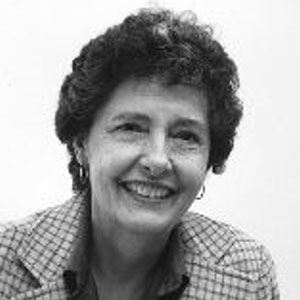 Joan Luedders Wolfe brought environmental concerns to the forefront in Michigan long before interest in these matters swept the country. The result is legislative, administrative, and legal history.

From the early 1960s, Wolfe educated and worked in revolutionary ways. In the mid-1960s, she chaired what was considered to be “the first great environmental teach-in.” In 1968, she founded the West Michigan Environmental Action Council. This unique organization included PTA, union, service, minority, student, church, and conservation groups. By this means, she developed a powerful Michigan network to support legislation deemed impossible to pass.

Under her leadership, WMEAC plowed new legal ground with the Environmental Defense Fund, pressing a suit that ended most uses of DDT in America, taking a case that standardized Michigan’s air pollution enforcement policy, and successfully tackling a major national safety case regarding plutonium in breeder reactors.

In 1973 despite vigorous opposition to a woman appointee, Governor Milliken appointed Wolfe to the Michigan Natural Resources Commission. She became the first woman in the country to serve on such a powerful state natural resources commission; later she served as chairperson. She also served on the Governor’s Advisory Committee on Electric Energy Alternatives and the first Natural Resources Trust Fund Board.

Other service, such as in the League of Women Voters and leading town school millage elections, also took her attention. Later, she authored the book (2nd ed., Island Press, 1991), Making Things Happen: How to Be an Effective Volunteer.

Wolfe has received international recognition and many awards for her environmental contributions, including an Honorary Doctorate in Public Service from Western Michigan University.