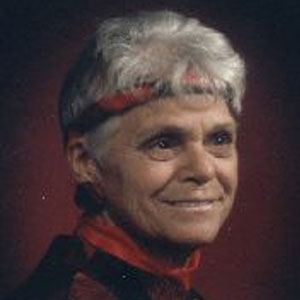 Jo Jacobs has been tirelessly fighting against sex discrimination in education for much of her life. In the early 1970s she organized and coordinated the Committee to Study Sex Discrimination in the Kalamazoo Public Schools. The studies brought about landmark changes including publicizing the lack of sports opportunities for girls in the winter season in Michigan and the filing of the Title IX charge which challenged sex stereotyping and exclusion in the Houghton-Mifflin reading series. This eventually caused the publisher to re-evaluate and revise its content. From that group came the first thorough studies of sex bias in education. In 1976 Jacobs was selected to be the first coordinator of the Michigan Department of Education’s Office for Sex Equity. All of her work became a model for other schools to consider gender equity in education.

Aside from education, Jo has worked in groups concerned with child care, minority female dropouts, teen pregnancy, women in poverty, domestic assault, sexual harassment, pay equity, and advocating women’s appointments to public committees and boards. She even entered the political arena as a district representative to former Congressperson Paul Todd. Parent-Teacher Associations, the Kalamazoo Bar Association, Women Lawyers, the Michigan Education Association, and National Organization of Women are just a few of the organizations which have bestowed honors for Jo’s efforts.