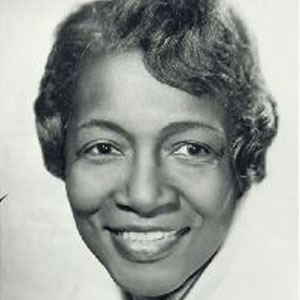 Jessie Pharr Slaton led a full and active life in service to the people of Detroit and Michigan. She was born in Atlanta, Georgia, and came to Detroit with her family at age eight. Her first job was as a secretary in Detroit City Hall in 1933. At a time when blacks were rarely given public employment except as menials, she was one of the first in Detroit city government to occupy a white-collar position, a fact which generated considerable hostility. Nevertheless, Jessie demonstrated unusual ability and continued in this position until the early war years, after which she enrolled at Wayne State University and became a special education teacher with the Detroit public schools. It was at this time, too, that she became involved in the civil rights movement, pioneering the efforts of black women to play a larger role in this on-going struggle. She played an early active part in the struggle of black workers to move into public housing projects in white neighborhoods, and it is said that the fight over the federally financed Sojourner Truth Housing Project in 1942 led eventually to her decision to take up law as a profession.

After graduation from the University of Detroit Law School in 1951, Jessie Slaton was employed as an attorney for the city of Detroit and in private practice, however, always with the aim of service to the public and in defense of human rights. In 1972 she was appointed as a referee in Recorder’s Court Traffic and Ordinance Division, becoming the first woman in the 43-year history of that court to serve in such a capacity, and in 1978 she was appointed by Governor Milliken to the office of Common Pleas Judge in the City of Detroit, a position she held until her retirement at age 70. Retirement, however, did not rest well with Judge Slaton and in October 1980, she accepted an appointment to the bipartisan State Crime Victims Compensation Board from Governor Milliken who also designated her as chairperson of that body. For the remainder of her life, Jessie Slaton devoted her time and energies to the concerns of crime victims in Michigan.