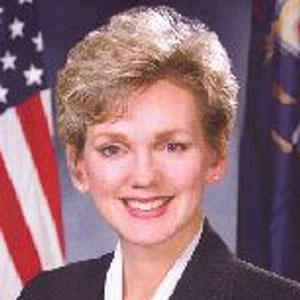 After law school, Granholm clerked for US Judge Damon Keith on the 6th Circuit Court of Appeals. She then took on the role of a federal prosecutor in Detroit where she maintained a 98% conviction rate. Four years later, in 1994, Granholm was appointed Wayne County Corporation Counsel. In 1999, Granholm made history for the first time by becoming Michigan’s first female Attorney General, a post she held until 2002. As Attorney General, Granholm worked to protect Michigan’s families and consumers. She created the first High Tech Crime Unit to prosecute Internet crimes, and she helped establish the Michigan Mentors Program.

In 2002, Jennifer Granholm made history a second time when she was sworn in as Michigan’s first female governor, only four years after her first foray into politics. Governor Granholm, the mother of three, has committed her administration to working for Michigan families and children as well as focusing on education, health care, and jobs. She created Project Great Start with the aim of coordinating all Early Childhood education programs in the state to increase reading to children, and she executed a new rule that required reading and literacy activities in day care centers. She introduced the first prescription drug bulk-buying pool which has saved the state close to $40 million. She has hired, promoted, and appointed many women and other minorities to numerous positions that were once difficult for members of such groups to obtain.

Standing on the shoulders of the women politicians who came before her such as Ruth Thompson, Michigan’s first female US Representative, Martha Griffiths, the state’s first elected female Lieutenant Governor, and Debbie Stabenow, the state’s first female US Senator, Governor Jennifer Granholm has carved a path for future Michigan women to follow. She has proven herself worthy and confident in the gubernatorial role, and has become a nationally known political up-and-comer