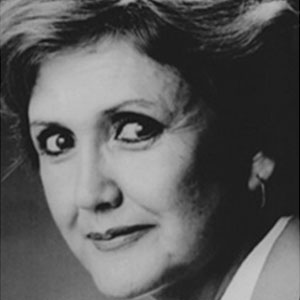 In 1979, Jeanne Findlater became the general manager of WXYZ-TV in Detroit and vice president of the ABC-owned television stations. She was the first woman in the country to head a major-market station or one owned by a television network.

During Findlater’s eight-year tenure, the station focused on broadcasting news and information much of its 24- hour day. Many programs were locally produced, reflecting that she moved up the ranks in product.

Early on, Findlater produced “Inner Women,” a 13-week series offering reproductive information; and “Protest to Politics,” a syndicated hour-long program of the African-American struggle for a voice. She syndicated WXYZ-TV’s “Hot Fudge,” that addressed emotional needs in children’s lives. It won the ACT Award.

As GM, Findlater wrote the format for an adult literacy series, got four national sponsors, enlisted the guidance of literacy groups, and created “Learn to Read.” Broadcast across the US, it was viewed by over 18 million people, many in prisons. In 1987, it won the Charles W. Scripps Literacy Award. She persuaded stations across the US to utilize WXYZ-TV’s “Best of the Class,” that turned high school valedictorians into stars. She mentored and promoted women at her station and included them in decision-making.

In retirement, Findlater published a book, ran another ABC station, and is deeply involved in women’s health.