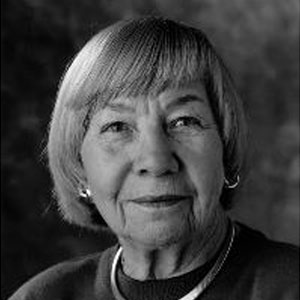 Jean W. Campbell was always in the forefront of confronting the issues and imbalances affecting equity for women as participants in higher education and in their careers.

In the early 1960s, aware of the pressing need for productive, skilled persons in various occupational and professional fields, Campbell envisioned a continuing education program that would prepare women to meet the demands of the workplace and at the same time accommodate their specific needs in balancing work and private lives.

Campbell was a guiding force behind the founding of The University of Michigan Center for Continuing Education of Women and was its director from its formal establishment in 1964 until her retirement in 1985. The center was the first such center in the United States to combine direct services, advocacy, and research. In the years since its founding, the center (in 1989 renamed the Center for Education of Women) has helped over 35,000 individual women and men achieve their educational and career goals, has provided research and documentation on the lives and issues for women in today’s society, and is a nationally recognized advocate for institutional and societal changes essential to achieving full equality for women.

Jean Campbell played a significant role in the development of research on women’s education and its uses. She authored several articles on women and education; was a leader in identifying and advocating innovative reforms in the workplace, such as part-time and flexible work schedules; and consistently represented women’s perspective and interests on such issues as affirmative action, discrimination in employment, and women’s studies programs.

Born Jean Winter in Chicago in 1918, Campbell earned a bachelor of science degree in 1938 and a master’s degree in education (psychology of reading) in 1939 from Northwestern University. A former resident of Ann Arbor, she was as active and influential as a civic leader as she was in her professional life. Throughout her career, and in retirement, Campbell was an effective advocate for the rights of equality and diversity for women, while also serving as a humane and caring mentor to scores of individual women.