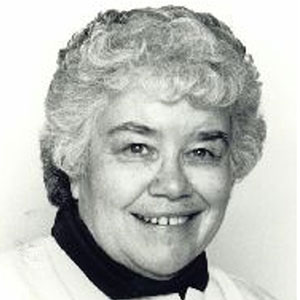 Jean Ledwith King has a record of achievement as an attorney, teacher, political activist, and advocate for women. King was a Law Review graduate of the University of Michigan. With Lorraine Beebe, she co-chaired the Michigan abortion referendum campaign of 1972. After the defeat of this campaign, she and Eleanor O’Brien, played a key role in the formation of the Religious Coalition for Abortion Rights.

In 1970 King organized Focus on Equal Employment for Women. As a result of the work of this organization, the Department of Health, Education, and Welfare (HEW) began in 1970 the first investigation of a university (University of Michigan) for sex discrimination in admissions, financial aid, academic and non-academic employment, curriculum, athletics, extracurricular activities, and services to students. This spurred a nationwide wave of interest from academic women throughout the nation and led to significant changes in the higher education establishment.

King, together with five other women, founded the Women’s Caucus of the Michigan Democratic Party. This caucus was the first women’s caucus in a major political party. In 1976 the caucus achieved an equal division of males and females on the Michigan national delegation, a model for the rules adopted four years later by the national party.

In 1974 King drafted an administrative complaint relating to sex discrimination in the Houghton-Mifflin textbooks used in Kalamazoo schools. As a result of this complaint, the publisher almost immediately issued a 100-page supplement and began to revise its books.