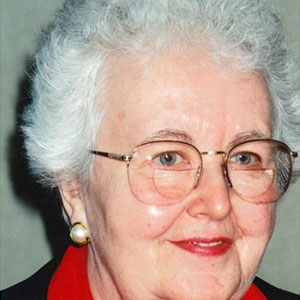 Janet C. Cooper began working for the Michigan Department of Civil Rights (MDCR) at its inception in 1963. She started as a field investigator, educating the public about civil rights issues, and for the next 33 years worked her way up through the department, eventually serving as Legal Director and then Deputy Director of the entire department.

While working at the MDCR, Cooper graduated from Wayne State Law School and soon after became an Adjunct Professor of Employment Law. She later taught at the Detroit College of Law and the Detroit College of Law at Michigan State University, until her death in 2002. During this time Cooper mentored many young men and women, and inspired many future generations of lawyers.

After retirement from the MDCR, Cooper continued her advocacy for the advancement of civil rights in Michigan. She was the chair of the Metro Detroit Chapter of the American Civil Liberties Union (ACLU), and later the chair of the ACLU of Michigan State Board. Cooper led the ACLU to adopt affirmative action standards and guidelines which are still in place today and always made sure to find capable replacements when she left these positions, encouraging women and African Americans to take leadership roles. She also served as the chair of the ethics committee for the Livonia City Council and helped draft the city’s code of ethics for public officials. Furthermore, Cooper was active in the League of Women Voters, Michigan Women’s Campaign Fund, and numerous other organizations where she was able to give back to her community.