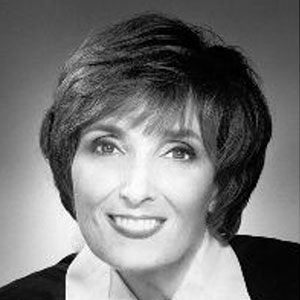 “Whether riding the rapids of a white-water river, or waves of crime, Oakland County Circuit Judge, Hilda Gage, stays cool.” So reads the caption of a photo for a feature article about Judge Gage in the newspaper, Birmingham Eccentric.

Staying cool has helped this judge to distinguish herself in four fields of endeavor and has brought her honor in other “firsts.” Judge Gage was the first woman ever elected chairperson (1986-87) to the National Conference of State Trial Judges of the American Bar Association. She was also the first woman elected president of the Michigan Judges Association (1988), and the first woman to be chosen by her 15 colleagues to be Chief Judge of Oakland County Circuit Court, one of the nation’s busiest trial courts. In that capacity, she was responsible for supervising the daily operations of the court while still maintaining her docket, which ranges from murder, to divorce, to discrimination, and multi-million-dollar litigation. She ruled on one of Michigan’s first right-to-die cases and by her work on this issue, has set standards with tremendous impact on a person’s right to die.

Hilda Gage inspires the handicapped. Although she has multiple sclerosis, she contributes to health care and human service as a trustee at Children’s Hospital of Michigan, is a director in the National Multiple Sclerosis Society, and is founder and director of the Michigan Dysautonomia Foundation Chapter. She was a Michigan Civil Rights Commissioner, appointed by the Governor (1975-78), and also served as Secretary-Treasurer on the Commission.

As an educator, Judge Gage excels as well. She instructs at nationwide seminars, selects course material for Michigan judges, has taught at The National Judicial College in Reno, and is a faculty member there after having been a director and vice-chair from 1987-93. She was chairperson of the Court Delay Reduction Committee, which created standards adopted by the American Bar Association in 1984, and is now being used by courts on a nationwide basis. She taught at Wayne State Graduate School and lectures at the Institute of Continuing Education. Her co-authored book, The Judges Book, was well received. Judge Gage has been a member of the Coordinating Council on Life-Sustaining Treatment Decision-Making since 1989 along with other project reviews.

In the area of law and government, her awards and achievements are too numerous to list, but a few are especially pertinent. She is the first woman to be elected chairperson of the following organizations: Michigan Judges Association, National Conference of State Trial Judges, Judicial Administration Division of the American Bar Association, Judicial Section, State Bar of Michigan and Judicial Tenure Commission. Judge Gage was voted one of the Most Respected Judges in a statewide lawyers’ poll, and she was also the recipient of the Award of Achievement and Leadership from the National Association of Women Judges. She has also received the Award of Leadership from Mothers Against Drunk Driving and the Award in Recognition of Leadership and Concern in Improving Rights of Victims of Crime in Michigan.