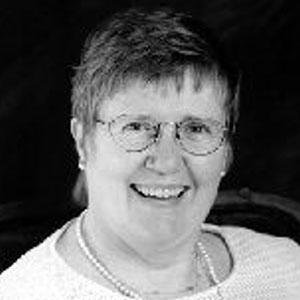 The lives of women in Michigan and the nation have been improved greatly by the contributions made by Hilda Patricia Curran. She is an outstanding example of how one person can make a difference for future generations of women, through a commitment to public service. There are individuals in every generation who, through their indomitable will manifest changes that contribute significantly to the quality of life or work of everyone. As director of the landmark Office of Women and Work (OWW 1977-1991), Curran tenaciously pursued changes in public opinion, attitudes, and law in the areas of sexual harassment, comparable worth for public employees, access to the skilled trades for women, and equity for displaced homemakers. As director she tirelessly led statewide hearings on sex harassment and comparable worth for public employees and was instrumental in establishing one of the nation’s first Women in the Skilled Trades Programs and Displaced Homemaker Programs. During this time, OWW was staffed by two individuals and it was through sheer will and leadership that Curran was able to foster support for those dramatic changes.

In addition to her career undertakings, Curran also led numerous volunteer efforts at the national, state, and local level that have made a significant impact on society. She was active in Big Brothers/Big Sisters and was national president of Big Sisters of America at the time of the merger with Big Brothers of America. She was on the national board during a tumultuous time that resulted in the national’s first certification program of volunteers to assure quality of service and the protection of young children.

She also was a founding member of Women in State Government, a founding trustee of the Michigan Women’s Foundation, and one of the founders and eventual president of the Greater Lansing Food Bank which was the first of its kind in the United States. The Food Bank feeds thousands of families each month and has become one of the leading charities in the community.