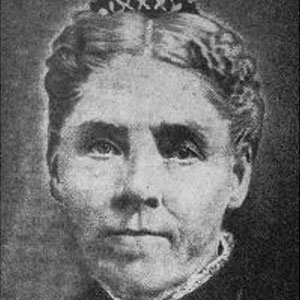 Helen Walker McAndrew, M.D., was Washtenaw County’s first woman physician in 1855, less than 20 years after Michigan achieved statehood. Undaunted by the fact that no school in Michigan would admit her as a student, she left her husband and infant son in Ypsilanti in order to study at the nearest medical school that would admit her, the New York Hydropathic and Hygienic Institute. Upon graduation, Dr. McAndrew returned to Ypsilanti to find that the same citizens who had accepted her as a self-trained nurse now thought she was neither respectable nor proper as a “lady doctor.” After the wife of a prominent citizen fell ill and failed to respond to the treatment of the best-known physicians, the lady was then referred to Dr. McAndrew, who treated her by using fresh air, sunshine, nourishing foods, and positive thinking. It was only after this successful treatment that Dr. McAndrew was able to establish her professional reputation and build up her practice, which included a private sanitarium in her own home. Her medical specialties were diseases of women and children. She was dedicated to the health of her community and to bringing about the admission of women into the Medical Department of the University of Michigan, which was finally successful in 1870.

Along with her husband, Dr. McAndrew was active in many social movements during the 1800s. Not only was she an active participant in the Underground Railroad, but also one of the earliest leaders in the Women’s Suffrage movement in Washtenaw County. She was associated with many great women including Elizabeth Cady Stanton and Susan B. Anthony. In 1931 Dr. Helen Walker McAndrew was memorialized as Ypsilanti’s Most Distinguished Business and Professional Woman.