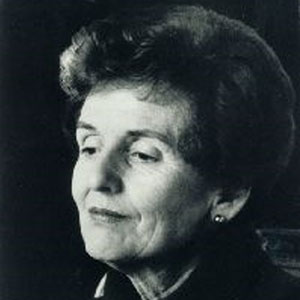 Helen Milliken, wife of the former Governor of Michigan, has long been identified with women’s issues and concerns. She was a distinguished national co-chair of ERAmerica and traveled throughout the country speaking on behalf of the Equal Rights Amendment. She also freely gave her time and energy to raising needed funds to support this major cause. In addition, she was a convener of the International Women’s Year Delegation in Michigan and a member of the delegation to the IWY Conference, which met in Houston in 1977. She is associated with The Women’s Research in Education Institute in Washington, D.C., and chaired the National Women’s Conference Committee.

Helen Milliken has been a major patron of the arts in Michigan. She was in no small measure responsible for the development of a state public arts project and for the growth in public support of the arts. Since its inception, she has served as chair of the Michigan Artrain, which has toured Michigan and 23 other states.

Independent, committed, and principled, Helen Milliken never sought, but never shrank from controversy. When her commitment to equality conflicted with her political loyalties, she clearly chose the former. Her choice, her service, and her spirit have enriched the lives of countless Michigan citizens.

Photo Courtesy of The Detroit News