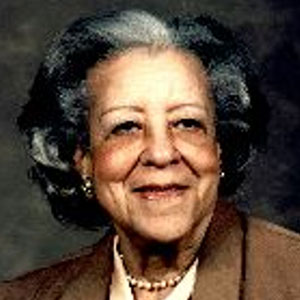 Helen J. Claytor was born and educated in Minneapolis, where she first became involved with the YWCA as a member of the Girl Reserves. After graduating from the University of Minnesota, Cum Laude and Phi Beta Kappa, in 1928, she discovered the harsh reality of a lack of jobs for black teachers. She, therefore, took a job with the Trenton New Jersey YWCA and two years later a similar position with a black YWCA in Kansas City. After the death of her first husband, Earl Wilkins (brother of civil rights leader Roy Wilkins), Helen accepted a staff position with the National YWCA as Secretary of Interracial Education. In this capacity she was invited to speak at a Michigan YWCA meeting in Grand Rapids in 1942, and it was there she met her future husband, Dr. Robert Claytor. She moved to Grand Rapids a year later, after completing a nation-wide study on interracial relations for the National YWCA board of directors.

Helen Claytor ultimately returned to the National YWCA as a member of the Board of Directors on which she served from 1946 until her retirement in 1973. She then became an honorary member of the board. From 1967 to 1973 she was President of the national YWCA. She also served two terms on the World Council of the YWCA, from 1946 to 1952 and from 1967 until 1973. She was the first black woman to be elected president of the Grand Rapids YWCA (1949) and of the National YWCA. This was also the first election of a black woman as president of any YWCA in the country other than Black Branches.

As National President of the YWCA, Helen Claytor took a leading role in the drafting of the YWCA purpose. This was adopted after much study and debate at the 1967 National Convention and she regards it as a major accomplishment of her career with the YWCA. Under her leadership as National President, all groups within the YWCA at the National YWCA triennial Convention in Houston, Texas in 1970, pulled together to place the organization’s collective power behind one imperative, ‘the elimination of racism wherever it exists and by any means necessary.’ That imperative has been renewed at every convention since.