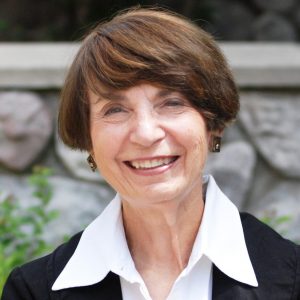 Gilda Z. Jacobs is the current President & CEO of the Michigan League for Public Policy, directing its policy-oriented research and advocacy work. After receiving Bachelor’s and Master’s degrees from the University of Michigan, Gilda worked with special needs students in the Madison Heights School District for 4 years. Her storied career in public service includes elected office at the city, county and state level. She was the first woman elected to the Huntington Woods City Commission in 1981 and later served as Mayor Pro Tem from 1993-1994. She served as Oakland County Commissioner (1995-1998), in the Michigan House of Representatives (1999-2002) and the State Senate (2003-2010). In the Michigan Legislature, Gilda championed the rights of the women, children and people with disabilities. She established and facilitated a bipartisan bicameral Talent Caucus to develop strategies to encourage Michigan entrepreneurship and discourage college graduate flight and participated in a bipartisan bicameral workgroup to study and recommend solutions for tax restructuring in Michigan. Gilda is involved in numerous organizations including the American Civil Liberties Union of Michigan, United Way for Southeastern Michigan and New Detroit.