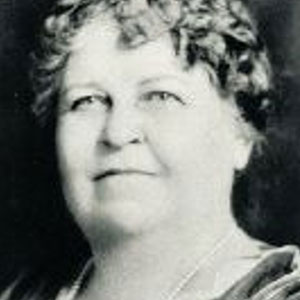 Recognized nationally as the Dean of American Business Women, Georgia Emery was a civic leader and educator of vision and courage. She steadfastly supported and promoted the education of women and she was a pioneer in organizing associations of business and professional women in all parts of the United States. She was also a founder (1920) and director of the Merrill Palmer School for Motherhood and Home Training.

Georgia Emery was born in Galien, Michigan, in 1867 and began her career as a Latin teacher and later became a school principal in Benton Harbor. In her thirties she launched a project which combined business and education, two fields which would mark the talents and achievements of her life. She established a business selling penny post cards to school children. The cards depicted world masterpieces. It was her goal in this venture to teach an appreciation of the arts. By 1902 she had become one of the first woman to sell life insurance to women. An indication of her success is the fact that in 1904 she was named the first director of the Women’s Department of the Massachusetts Life Insurance Company. In 1919 the Secretary of War ordered the first national survey of working women. Georgia Emery participated in the survey conducted by the YWCA War Work Council. An outgrowth of the survey was the organization of the National Federation of Business and Professional Women.

The purchase of a headquarters building in Washington D.C. (1956) for the National Federation of Business and Professional Women can be attributed to the drive spearheaded by Georgia Emery in 1929 at a national convention on Mackinac Island. She convinced the federation members of the need for a national building and a national foundation. The foundation awards scholarships to those who need economic assistance, encourages research on women and work, and finances a special library on women’s issues. The Georgia Emery Education Fund for women in Michigan is dedicated to promoting career education. The fund is an appropriate and living tribute to this inspiring and generous leader.