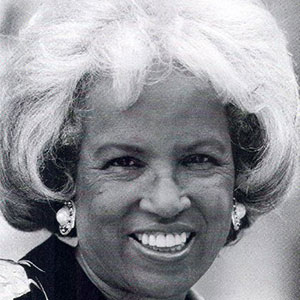 Georgia A. Lewis Johnson achieved many firsts in her career as a medical doctor. After attending Western Michigan University (1948 – 1951) and graduating from the University of Michigan Medical School in 1955, Dr. Johnson became the first African American intern and medical staff member at Evanston Hospital in Evanston, Illinois (1955-1956).

As a physician, Dr. Johnson worked toward goals of equal access to medical care and the right of informed consent. She taught future physicians as the first African American woman appointed to the tenure track at Michigan State University. As an assistant professor in the College of Human Medicine, she co-founded course dedicated to women in science.

Even in retirement, Dr. Johnson finds new ways to grow after a career filled with milestones. In addition to community volunteer work, she founded a publishing company and authored four books, including Black Medical Graduates of the University of Michigan. As a gold medal-winner in the Michigan Senior Olympics and international completions in track and field, she exemplifies her commitment to health and fitness. Dr. Johnson is a national powerlifting champion and a recipient of a bronze medal at a world powerlifting championship in Canada.

Dr. Johnson will continue to inspire as a member of the Michigan Women’s Hall of Fame.