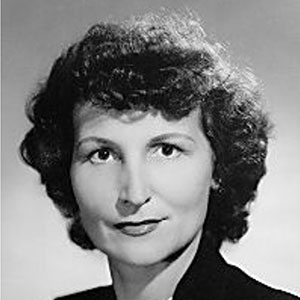 Genora Johnson Dollinger was the founder and organizer of the Women’s Auxiliary and the Women’s Emergency Brigade in the 1937 sitdown strikes of General Motors in Flint. This significantly contributed to the union victory of the United Automobile Workers of America. These events are recounted in two documentary films. The first, Babies and Banners, won many prizes here and abroad and was nominated for an Oscar. Equally impressive was the B.B.C.’s The Great Sitdown Strike. The two films are an account of women’s heroic contributions to bring unionism to the automobile industry.

Born in Kalamazoo, Genora Johnson Dollinger was raised and lived most of her life in Flint, where her family had been early settlers of that city. After the recognition of the UAW-CIO by General Motors, she became organizer and secretary of Local 12, WPA and Unemployed Union, UAW-CIO. Blacklisted in Flint she found employment in Detroit at the Briggs Manufacturing Company where she became Chief Steward of UAW Local 212, an all-women’s department in the company’s main plant.

As a result of her UAW union activities Genora was severely beaten with a lead pipe while she was asleep in her home in Detroit. It was later revealed by Senator Estes Kefauver’s Investigating Committee that the Mafia, hired by corporate leaders, was responsible for this and other beatings of UAW officials and the shooting of UAW President Walter Reuther and his brother, Victor Reuther.

Genora devoted over six active decades of her life on behalf of labor, civil liberties, civil rights, women’s equality, opposition to the Vietnam war, and for the betterment of all human kind. At the age of sixteen she discovered the tenets of Socialism and in 1952 was a candidate of the Socialist Workers party for the U.S. Senate from Michigan.