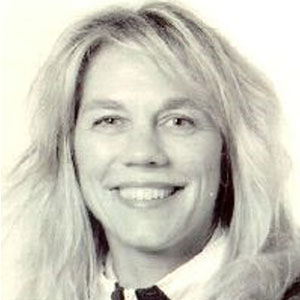 A stellar track athlete, Francie Kraker Goodridge’s career was full of firsts. She was the first girl to train for track at Slauson Junior High School in Ann Arbor. During her days as a competitive athlete, she was the first female to set a number of track records, and was a member of the 1968 and 1972 U.S. Olympic teams. When she stopped competing, she started the first girls’ and women’s track programs in schools across the state, holding athletic administration positions that were also firsts for females during their time. She coached the first girls’ interscholastic track and field teams at Huron and Greenhill High Schools and developed the first women’s varsity track team at Wake Forest University. In 1975, at the University of Wisconsin, Milwaukee, she held the first administrative athletic post in a Division I university after the passage of Title IX. A true trailblazer, Francie’s career demonstrates the distance American society has come since the days when schools and colleges had no extramural athletic opportunities for females.

From the time Francie was a young child in Ann Arbor, she wanted to make a mark in the world. In 1960, when she was thirteen, former Olympic runner Kenneth (‘Red’) Simmons and his wife Betty, a junior high physical education teacher in Ann Arbor, recruited Francie for the Michigammes, an all-girl track and field club they founded. No other sports programs existed for females because women were believed to be fragile and competition was said to be ‘bad for their internal organs.’ Red put Francie through a vigorous weight training program. ‘He trained me like a man,’ Francie now says when talking about her own remarkable successes in track and the triumphs of the teams she has coached.

Francie has received considerable formal recognition for her achievements. In 1994 she was inducted into her alma mater, the University of Michigan’s Hall of Fame, and in 1995, she was inducted into the Michigan Women’s Track and Field Hall of Fame. Under her leadership, her runners have always distinguished themselves in the NCM National Championships. Francie’s dedication and self-discipline have also made her a positive role model to scores of young women.