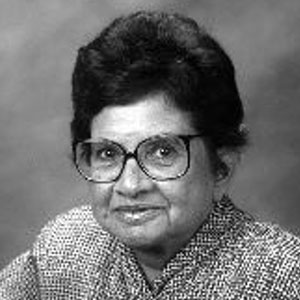 Flossie Cohen, M.D. was Professor Emeritus at Wayne State University and was revered for her contributions in the field of research and pediatric medicine and for her contributions to the research and treatment of pediatric AIDS. Her career involving research of the newborn and immunology led to the establishment of the Clinical Immunology Laboratory and the Clinical Immunology-Rheumatology Service at Children’s Hospital of Michigan. She directed both until 1992.

In 1972 Cohen co-authored a landmark paper on Severe Combined Immuno-Deficiency (SCID) and ADA deficiency that showed for the first time a biochemical basis for a primary immuno-deficiency disease.

In 1975 Cohen was the first physician in Michigan to perform a successful pediatric bone marrow transplant. She was the first ever to fluoresce red blood cells, a procedure now performed routinely. With the advent of AIDS, she started the pediatric HIV Clinic at Children’s Hospital in 1985. In 1991 Cohen was awarded an NICHD perinatal clinical trials contract for the AIDS Clinical Trials Group, which is ongoing. Her work was directed mainly toward women and children afflicted with AIDS in Michigan.

Dr. Cohen resided in Michigan since 1953. She was a research and clinical pediatrician and a forceful educator who was highly respected by her colleagues, her staff, and her associates. She earned every feature of distinction that would serve as a model for other women and for humanity.