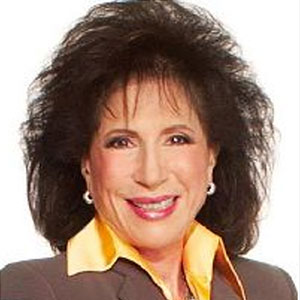 Born and raised in Detroit, Florine Mark has achieved tremendous success as an entrepreneur, motivational speaker and humanitarian. In 1966, while raising five children and battling weight, Florine joined the newly conceived Weight Watchers in New York City. There, she lost 50 pounds and found her life’s work. Armed with her desire to help others, Florine brought the Weight Watchers concept back to Detroit, where her first meeting was attended by 30 people. Eventually that number transformed into over 100,000 members in 13 states, Canada and Mexico. Once the largest franchise holder of Weight Watchers International, her company, The WW Group, Inc., employed over 4,200 people. After a sale of a majority of her franchises except for Michigan and Ontario in March 2003, the company still remains the largest single franchise in the U.S.

As committed as Florine is to her business, she is equally committed to improving the lives of others worldwide. One of her passions is the Seeds of Peace, a program that brings together kids in conflicted countries, such as Arab and Israeli teenagers, to help foster feelings of goodwill and teach conflict resolution in hopes of ending the cycle of hate and violence. She shares her time and experiences with several other groups as well, including Children’s Hospital of Michigan, Detroit Institute for Children, Jewish Federation of Metropolitan Detroit, March of Dimes, and is an active board member of the Michigan Fitness Foundation and the Governor’s Council on Physical Fitness, Health and Sports. She is also a member of the Governor’s Economic Council Advisory Board.

Florine has used her business acumen in other ways, too. In 2001, she was elected to the Women’s Leadership Board at Harvard University’s John F. Kennedy School of Government. In this role she helps advance women in national and international leadership and public policy. She has served as the Chair of the Detroit Branch of the Federal Reserve Board of Chicago; and on the Board of Directors for the Meadowbrook Insurance Company and English Gardens.

Florine is a nationally sought-out motivational speaker, and host of a radio show, ‘Remarkable Women,’ which recognizes outstanding women and their impact on society. She has recently written her first book, Talk to the Mirror: Feel Great About Yourself Each and Every Day, an empowering guide for women.

Florine’s work has been recognized and praised by many organizations. Among her many accolades, she received the ‘Entrepreneurial Visionary Award’ by the Women’s Business Center; was listed among the ‘100 Most Influential Women in Detroit’ by Crain’s Detroit Business; named Oakland County’s Executive of the Year; and was among the 50 Leading Women Entrepreneurs of the World. And finally, in October 2004, Florine became the first female recipient of the Neil Shine Lifetime Achievement Award.