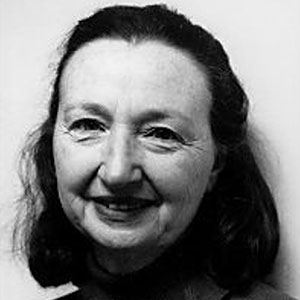 Flora Hommel returned to Detroit from Paris in 1953 to enroll at Wayne State University after studying with Doctor Fernand Lamaze. In 1951 Dr. Lamaze introduced the psychoprophylatic method of painless childbirth now referred to as the Lamaze Method. Even before graduating in 1958 with her B.S. degree in Nursing, she began teaching Lamaze classes and assisting her students as a monitrice during birth. After an uphill battle to promote the rights of expectant parents, many years later, Lamaze is a common word and the idea of mothers and birthing partners being active in their birthing experience is common practice. The organization she founded, Childbirth Without Pain Education Association, has had over 18,000 students, trained many hundreds of instructors in workshops around the country, and spawned dozens of similar organizations. For her outstanding contributions in the field she was recognized within the obstetrical profession by election to the National Board of the International Childbirth Education Association (1964-1968).

Flora Hommel has also been a long- time activist for women’s equality, including Women’s Strike for Peace and Women’s Conference of Concerns. As a civil rights worker, she was active with the Michigan Friends of the South during the 50s and 60s. She has been active in anti-war movements since her days in Paris protesting the Indochina (Vietnam) War, later the U.S. Vietnam War. She also met with Paul Robeson and W.E.B. DuBois while volunteering at the First World Congress of Peace. She is currently a member of the U.S. Peace Council, New Jewish Agenda, and the National Board of the Gray Panthers, serving on its local and national Health Task Forces. From 1973 to 1990, she served on the Detroit Health Commission and as a city representative to the State of Michigan Health Commission.

A longtime activist for universal single payer health care, she is currently very involved with Universal Health Care Action Network (UHCAN) and MichUHCAN to achieve that goal in Michigan and nationally through still active bills.